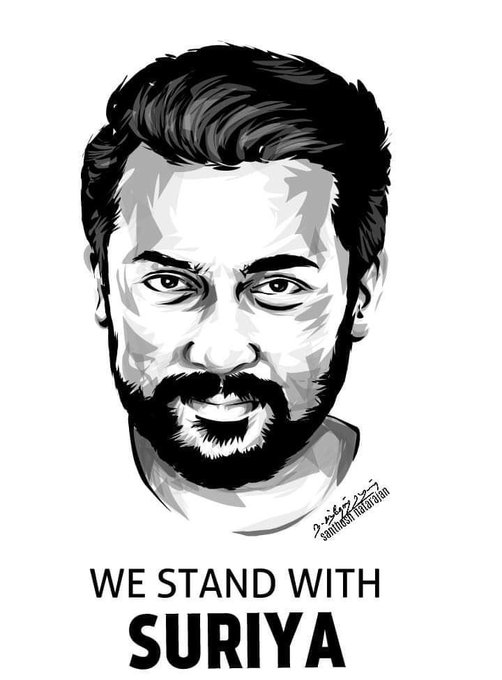 After the Caste Group Regrets on Jai Bhim. A lot of Celebrities and fans Supported him through social media by trending the tag We Stand With Suriya.

Karthigaichelvan also posted in the Hashtag, Then Actor Kalaiyarasan also twitted on the tag, and a lot of celebrities and fans keep raising their hand on the Hashtag “we stand with Suriya”