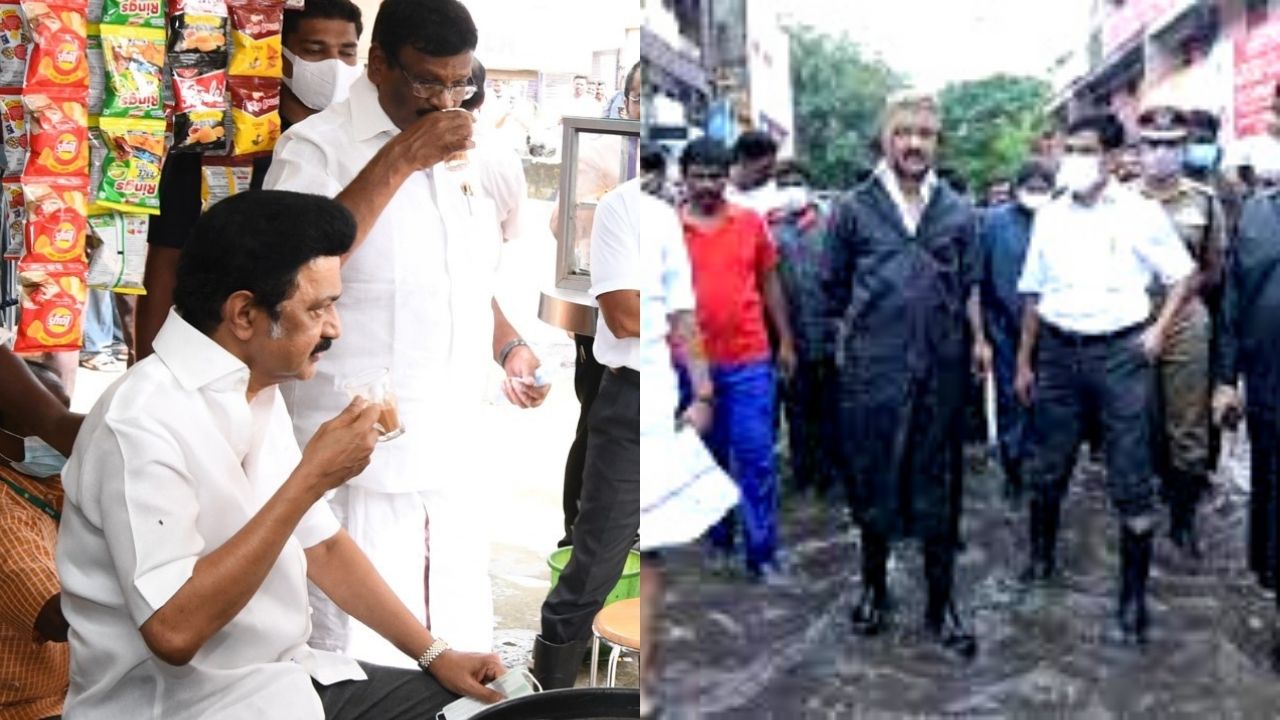 Hon’ble Chief Minister MK Stalin visited the places affected by heavy rains in the Tiruvallur district and had tea at a roadside shop on Avadi Corporation Murthy Nagar Poovirunthavalli Highway.

Tamil Nadu has been experiencing heavy rains and flash floods for the past few weeks, and farmers have lost their crops and many civilians have lost their homes. Moreover, the stagnant water is causing pain to many.

Did you drink tea

The Chief Minister of Tamil Nadu Mr. MK Stalin is taking steps to look into this directly and find a better solution. So when the Hon’ble Chief Minister visited the places affected by heavy rains in Tiruvallur district today, after inspecting the situation there, he had tea at a roadside shop on Avadi Corporation Murthy Nagar Poovirunthavalli Highway.

This photo is now becoming more and more viral on the internet, and the situation has changed where it would be one of the hardest to see if there is a Chief Minister and now the Chief Minister is a man who meets people directly and interacts with ordinary people as a human being is appreciated by many.

Many are praising the Chief Minister of Tamil Nadu MK Stalin for taking more interest in the community, walking in the rain and trying to understand the situation of the people directly, and extending a helping hand. He also assured that steps would be taken to set up proper drainage schemes to prevent such rains in the future.

CM is talking in the video

MK Stalin, who recently witnessed the deaths of children due to sexual harassment, has made a clear statement about it. He said that he will save you not only as a Chief Minister but also as a father, he is talking in the video for about 8 minutes in which he expresses his duty and concern for the country.