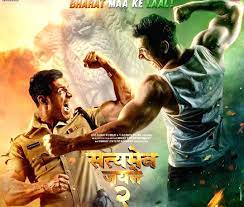 From smashing skulls and coconuts with his bare hands to stopping a vehicle from moving by holding on to it, there is enough to keep you glued to the screen.

The film has been written and directed by Milap Zaveri and is being produced by T-Series and Emmay Entertainment. Satyameva Jayate 2 will release in theatres on November 25.