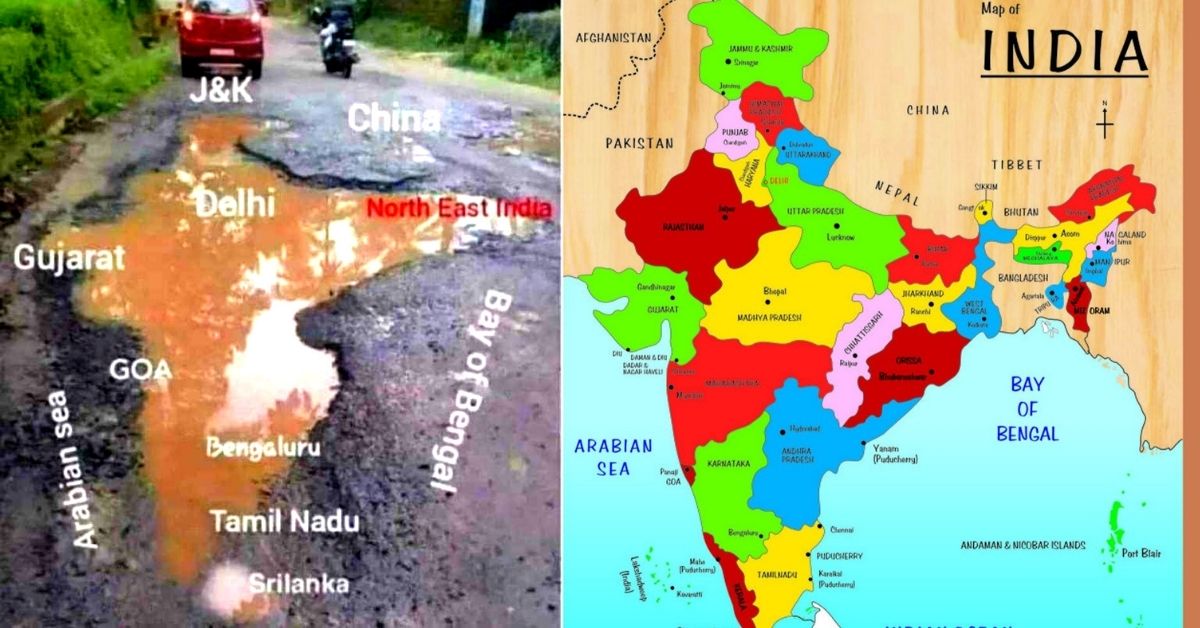 The present era has become a time for social media, where it is the norm for most people to photograph everything that catches their eye, create multiple memes and upload them on the internet.

Such a photo is being shared more and more on the internet and that photo looks like India. Many people are sharing the photo as there is a ditch on a recently laid road that has water stagnation and it looks like India to see.

The photo was uploaded on the internet in all directions, east, west, north, and south, indicating the states in the country and the fact that someone patriotic person had built this road.

Comments on social media suggest that this photo is being shared by many for awareness. At the same time, the people who felt that India was visible even on the strength of the road, the fact that it was photographed also shows their passion for the country. Also, the fact that the road needs to be rehabilitated shows their concern. This photo is currently going viral on social media sites.