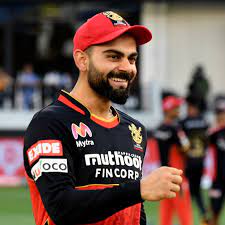 Virat Kohli is the current captain of India’s national men’s cricket team. He plays for Delhi in domestic cricket and Royal Challengers Bangalore in the Indian Premier League as a right-handed batsman. He is widely regarded as one of the greatest batsmen of his generation.

He was Born on 5 November 1988, and he is Turning 33 Today. World wide Fans of Kohli celebrating like a Festival, He won two prestigious awards at the ICC Awards of the Decade.

VVS Laxman believes Kohli’s intensity has been key to his immense success! India’s Virat Kohli has won two prestigious individual honors a day after becoming the only player to be in all three ICC Men’s Teams of the Decade.

70 international centuries, Kohli is third on the list only behind Sachin Tendulkar (100) and Ricky Ponting (71). The Indian captain has 23159, which is the seventh most in the list of all-time highest run-scorers in international cricket and is also the only one averaging over 50 across formats among 11 great cricketers who have managed to notch up more than 20000 international runs. As Kohli turns 33 on Friday, here is a look at five knocks that prove he is one of the greatest batters ever.