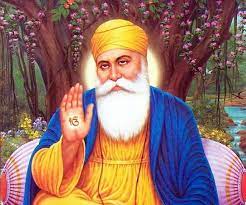 Guru Nanak was born in Nankana Sahib in 1469 Puranmashi of Kartik month in Guru Nanak Jayanti, also referred to as Gurupurab, is one of the most auspicious occasions in the Sikh community.

It celebrates the birth anniversary of Guru Nanak Dev – the first Sikh Guru (among the ten Sikh Gurus) and the founder of Sikhism (Sikh religion). It’s on November 19 this day also celebrating the Kartik Purnima.