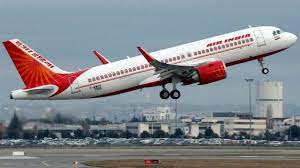 After 14 years Air India Open the Airway of Trichy to Kuwait,
Every week Monday, Wednesday, Friday SaturdayWeekly 4days per week.

Air India is one of the Indian airways started in 1946, Tata Airlines was converted into a public company and renamed Air-India Limited. Two years later, to inaugurate international services between Bombay and Cairo, Geneva, and London, J.R.D Tata is the founder of Air India.

We Stand With Suriya Celebs