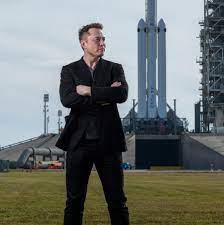 Elon Musk is One Of The Intelligent businesses Man in the world.
He did a lot of Impossible things and did so many challenging stuff.

He is the founder, CEO, and Chief Engineer at SpaceX; early-stage investor, CEO, and Product Architect of Tesla, Inc.; founder of The Boring Company; and co-founder of Neuralink and OpenAI. Also one of the richest man in the world

Recently Elon Musk Tweeted about an open suggestion to his followers and the public to sell 10% Stock of Tesla.

He Left an open suggestion Like Yes or No, He had some issues with paying tax. Tesla came to about 170.5 million shares and selling 10 percent would amount to close to $21 billion based on Friday’s closing, according to Reuters calculations.

Musk said on Saturday, adding that he does not take cash salary or bonus “from anywhere”, and only has stock. US Senate Democrats have unveiled a proposal to tax billionaires’ stocks and other tradeable assets to help finance President Joe Biden’s social spending agenda and fill a loophole that has allowed them to defer capital gains taxes indefinitely.

Musk has criticized the proposal saying, “Eventually, they run out of other people’s money and then they come for you.”

Ron Wyden(Senate Finance Committee Chairman ) said“Whether or not the world’s wealthiest man pays any taxes at all shouldn’t depend on the results of a Twitter poll.” “It’s time for the Billionaires Income Tax.”

Apart from this, It seems to be tactics or something to Man like him Asking the suggestion to the public for making a decision.

No case against PACL field workers