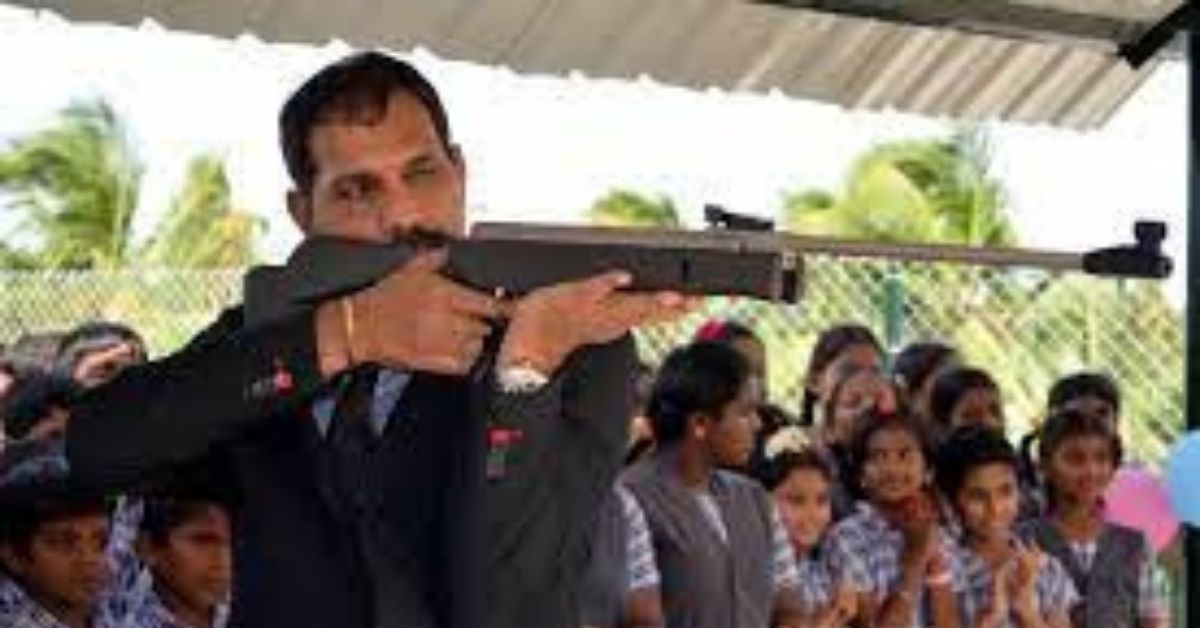 In the tragic incident in which SI was Brutally Killed by goat thieves, The law and order DGP, who came to pay homage to Bhuminathan’s house, said in an interview patrol to go with guns. The police categorize the reasons as something that is practically impossible. There is also the issue of who can keep the gun.

The process of wearing the police uniform

They join the Tamil Nadu Police in three ways. One is the ongoing selection of uniformed personnel for the Armed Forces and Special Forces as Post Grade 2 guards. They will then be sent as constables to various units including Station Duty.

They will retire at the maximum level of Assistant Commissioner in their lifetime. But often the retirement age is approaching when you become an inspector. Many will retire as soon as they become SIs. The reason for this is that the promotion should come in 10, 15, 20 years.

The next candidates will be selected as Direct SI. They will also sit for the station after writing the uniform exam and training as SI. They are more likely to come to the SB level when they retire. But the big thing is that most people get to the assistant commissioner level. Some people get the chance to come up with ATSP levels.

The third is to sit directly as an officer in DSP status through Group 1 selection. They will be promoted to IPS officers after a certain year of service. They will retire at the ADGP level depending on the age at which they join the service (current law and order ADGP is a Group-1 officer).

This is the way to get into the police force within the state level limit. Apart from this, he wrote the civil service examination and became an IPS officer, and became a direct SP. Let’s look at just the first three positions.

Categories of Police Who can use a handgun

Everyone who joins the police force will be given Gun training. But what kind of guns are important. Depending on who handles the gun in the police station, the DGP will know the suitability of carrying the gun.

The police usually have a long gun called the 303 (usually the one who sees the parachute in the police station holding a knife plug) from the British time, as well as an SLR gun (simply put, a Tuticorin shotgun lying on a van).

During training, guards are required to carry a 303 rifle and an SLR gun during training. Do not train pistols.

It will start with direct SI trainees and will train everyone above that. For example, VVIPs, including the Chief Minister, go to the security, the PSOs, those at the guard level working in the core cell, the SB to the top officers, and the guards called the Gunman who goes to the Collector, for example.

This shows that pistol training is not given at the station up to the guard level and SSI. This should not include the training of guards in the special unit. Only those above the SI are allowed to be kept at the law and order duty watch station. For this, there are only 2 or 3 pistols in a station.

The DGP was quoted as saying, “We have announced that patrol carrying Pistol with 6 bullets. Do not hesitate to use firearms to save lives.” Has spoken. That’s the welcome thing. But police say the DGP is talking about something that is practically impossible.

When asked what the problem was, they gave a series of reasons, compelling 2 people to go along on patrol. In Chennai, more than 5,000 policemen will be on duty at all stations during the day. But they put in 2 people for a station that works night shifts. In case it would be a great thing if 750-1000 policemen were on night duty all over Chennai.

In Chennai, police are less likely to be attacked because the city, the CCTV camera, has stations nearby to come and call. But in the inner districts, the attack is more likely to take place in the interior than beyond the cities. The more people come to the station here, the more they will have to look the greater distance. Are more vulnerable to attack at times like that.

The longtime Request of police

To rectify this there is a demand to increase the number of guards on patrol. The demand for handguns for patrolmen, as the DGP said today, was recently put together by the police.

The DGP told announced to carry a gun, is that possible in practice? If not possible. The reason is that those who go on night patrols in police stations are not allowed to carry pistols by the police, the Chief Constable, and the SSI.

They are not trained to use them even if they are allowed to do so. The number of pistols at the stations will be low despite proper training. There will only be 2 or 3. That too will be used by Station SI, Inspectors. Why go to the District Armory and get permission if you can. But what to do with a pistol without training.

Police say the rule is that shooting training must be given 2 times a year for 6 months but in practice, it is not at all. The downside is that training is not provided at least once a year.

It is also questionable whether there will be enough guns to go with the gun, as the DGP says. Modernizing the police force means changing with the times. That includes training for guards, including purchasing innovative equipment, police say.

Apart from this, it is practically impossible to carry the 303 rifles at the station and carry their weight, length, and vehicle. Its range level is also high. When a person comes to the post of SSI he will be over 50 years of age. So it is not possible. The police then put the question of which gun to carry.

The first is to provide gun training twice a year to all police officers. In which pistol training must be provided. Permission must also be granted to the station constable rank guard to keep pistols. Accordingly, the procurement of arms should be increased on a district-by-district basis. The police say that if all this happens then what the DGP said will happen, otherwise it will be on paper.

With the number of policemen still alive like the Bhuminathans, it is only possible if the authorities consider the security of the guard as important and take action to remove the aforementioned obstacles. Otherwise, the police say, they have to interview the person and leave. Will the DGP mind? Will the defects be eliminated?