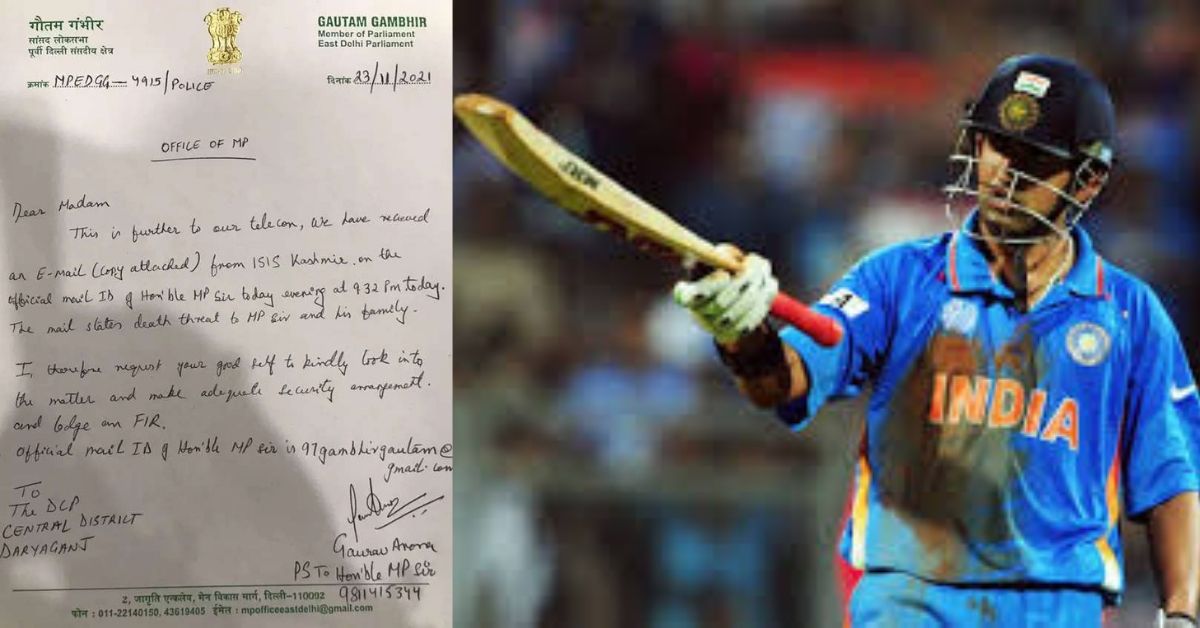 Goutham Gambhir is an ex cricket player and now he is a member of the Lok Sabha. Receives a death threat from ISIS Kashmir. Gautam Gambhir, a BJP MP and former cricketer have lodged a complaint with the Delhi Police alleging that he had received death threats from Kashmir ISIS Terrorists. Gautam Gambhir, a BJP member from the East Delhi parliamentary constituency, has been making controversial remarks on cricket and politics from time to time.

In this context, he suddenly contacted the Delhi Police this morning and complained that he and his family had received death threats from Kashmir ISIS Terrorists. Police are investigating and have beefed up security at his home.

Police are conducting a serious investigation into the email, which was sent under the name of ‘ISIS Kashmir’. Is there any terrorist organization emerging in Kashmir under the name of ‘ISIS Kashmir’ as the ISIS terrorist organization is operating in various countries including Syria, Iraq, and Afghanistan Security officials are conducting a serious investigation. It is said that the death threat has come from 2 tweets posted by Gautam Gambhir recently. Gautam Gambhir had earlier received death threats from an international number in 2019.