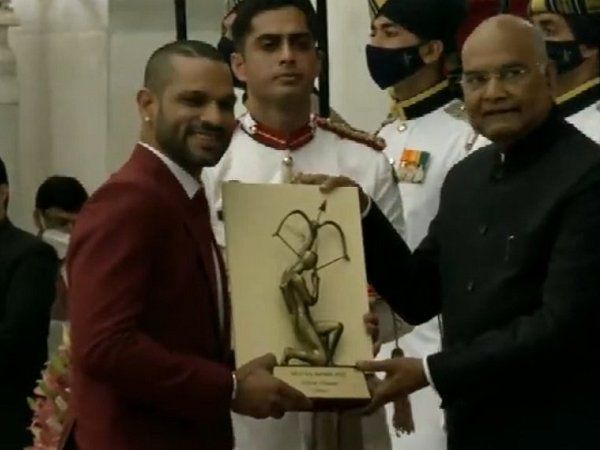 The Arjuna Award Is One Of the Honorable Awards in the Sports Industry for Outstanding Performance in Sports and Games, is the sports honor of the Republic of India. The award is named after Arjuna, a character from the Sanskrit epic Mahabharata of ancient India.

Cricket Player Shikhar Dhawan Got The Arjuna award of 2021 from President Ramnath Kovind in Delhi.

Shikhar Dhawan is an Indian international cricketer, A left-handed opening batsman, and an occasional right-arm off break bowler, he plays for Delhi in first-class cricket and Delhi Capitals in the IPL, He Got Unique Place in Cricket