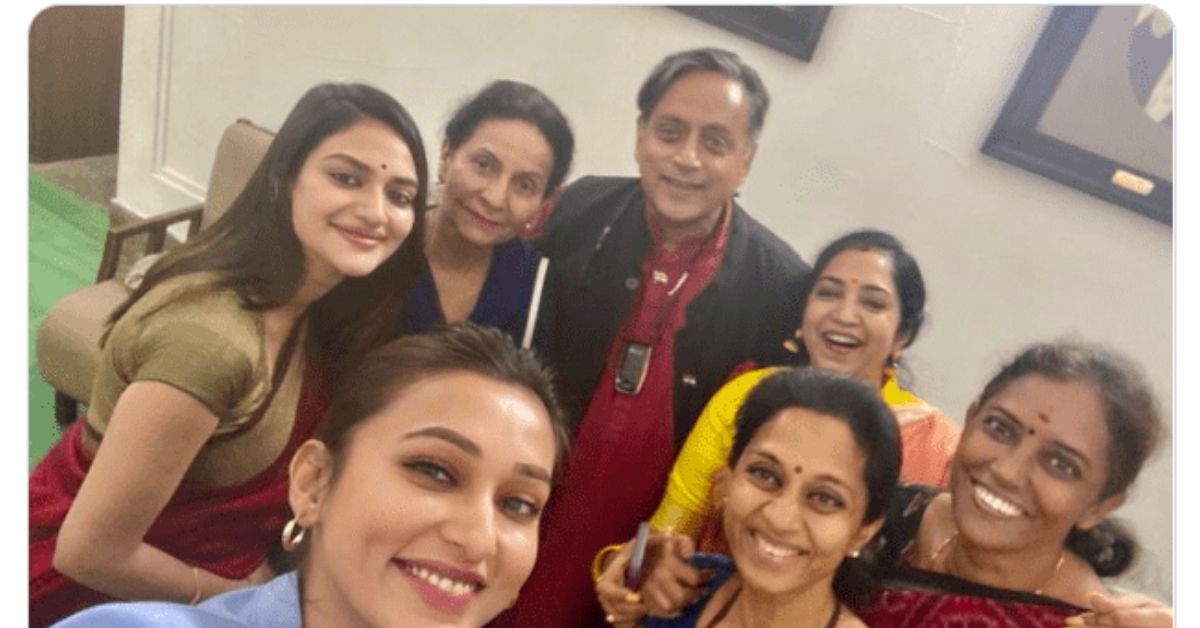 Shashi Tharoor, a Member of Parliament from Thiruvananthapuram, the capital of Kerala, is a regular on Twitter. He usually shares a lot of news about himself. So he posted a comment on Twitter with the picture. It is currently causing great controversy across the country.

What did 65-year-old Shashi Tharoor, a former Union Minister, do? She shared on Twitter a selfie photo of herself enthusiastically taken with 6 female MPs on the first day of the parliamentary winter session.

Controversy erupted following this. Sasi Tharoor’s comment has been widely criticized as an act of sexual harassment of women. Feminists and women’s organizations have strongly condemned what she calls particularly attractive.

“Women MPs in parliament are not decorative items to make the workplace” attractive. ” They are members of parliament. You are behaving in a disrespectful and sexual manner, ”they protested to Shashi Tharoor’s record.

BJP National Secretary for Women Vanathi Srinivasan MLA said, “It is very degrading to say that an elected representative, a woman, is a spectacle and that it is within parliament. He lives in the culture of the Congress. ”

“It is not fair for Sasidharoor to preach about gender equality by evaluating the elected female representatives by their appearance. This is an act that undermines the dignity of female MPs. He should immediately apologize for his actions, ”said Karuna, a prominent female lawyer in the Supreme Court.